Guest Post from Dan Mckenzie our WWOOFer from South Africa 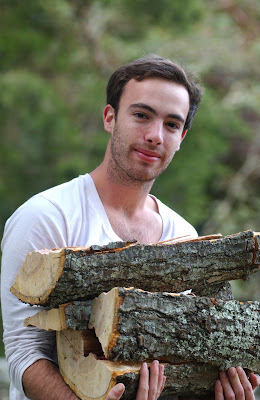 Hi!  My name is Dan Mckenzie, I am from Cape Town, South Africa and I am currently WWOOFing on Barberry Hill Farm. I wanted to share with you my experience thus far. After a very unusual Skype interview (Kelly's microphone and camera were broken so she could hear and see me but could only talk to me via instant messenger) I arrived at Madison train station not quite knowing who to look for. Fortunately Kelly was waiting for me. I was lucky to arrive two days after the tropical storm, but not lucky enough to arrive after the electricity was reconnected, so there was no warm shower after my 16 hour flight!
My first day on the farm was Abi and Ross's (also WWOOFers) last day, and it was nice to have an overlap so they could show me around the farm and teach me the finer points of feeding the livestock. My daily tasks are quite varied; I feed and water the cows, sheep, turkey, chickens, dogs and cats every evening, but other than that I have weeded, picked, transplanted and worked the farm stall. I've also been helping a bit with the storm clean-up by clearing tree branches broken by the wind. The coolest chore I've had to do was probably chopping wood using the hydraulic log splitter, while the worst was undoubtedly cleaning the chickens' coops. 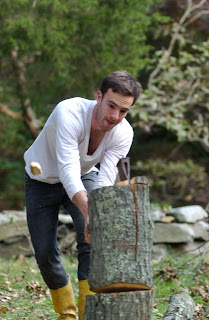 Throughout I have been struck by how much time farming takes, especially the picking. It had never occurred to me that even after the tilling, planting and weeding there is still so much work left to do in getting the fruit and vegetables off their trees and bushes or out of the ground before they rot. I've also learnt that its neither easy nor straight forward to grow good food. Although Kingsley won't divulge all of his tomato growing wisdom (trade secrets, you know) it's obvious that it really requires attention to detail: giving the plants just enough water, ensuring that they are neither too hot nor too cold and letting the tomatoes ripen on the vine for the optimal amount of time. 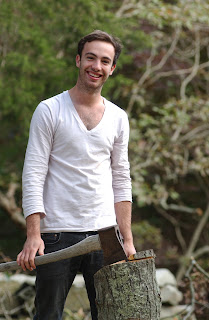 Although Chelsea Clio laughs at me when I call Connecticut 'exotic', it is in the sense that it is very different to Cape Town. I have really enjoyed cycling around Madison, people watching or admiring the architecture. The beach is about 5 minutes away from the house (a 'hurricane's stone throw away' I'm told) and I often go for a swim in the afternoons. On other afternoons I play soccer with the kids or get beaten soundly at 'Super Smash Bros' on Nintendo Wii by Silas, Grace and Quinlan. So far it has been a pleasure staying with the Goddards and I hope the next two weeks will be as great.
Posted by Barberry Hill Farm at 8:57 AM

Our CSA is ended for this season - thank you for all your support!